Analog Wiffle ball sounds so good right now!
Alfred does tons of webcasts and is a funny bastard. He is a macintosh lover as am I but this video takes the cake. Its so true, people are sitting at home playing their xboxes instead of out enjoying the beautiful weather.
Heres the youtube vid- Comedy : Wiffleball
Posted by James Watterson at 9:16 PM 1 comment:

“To hell with the advances in computers” 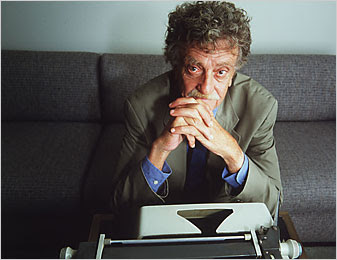 Looks like a SG-3
I don't know what has been making me so interested in politics lately. Perhaps it is just another excuse not to write. But I found an interesting article where Kurt Vonnegut, IMO one of the greatest authors compares president Bush to Hitler. I guess he was preparing to give a speech on what he thought was going on with our country. Many other authors as well were willing to put their reputations on the line to tell us what they really thought. The speech given was one of Vonneguts last.
"To hell with the advances in computers," he says. “YOU are supposed to advance and become, not the computers. Find out what’s inside you. And don’t kill anybody."
I think there is so much in this speech that we can all learn from and become inspired by. Now I am off to write some more science fiction! JuST 4 more days people!
Read 3/6/06 - Kurt Vonnegut's "Stardust Memory"
P.S. Michael Jackson DIES = MTV Plays Music Videos??? Check it out! Like Michael Jackson or not you have got to love this day because MTV us actually playing music videos!
Posted by James Watterson at 1:17 PM 2 comments: 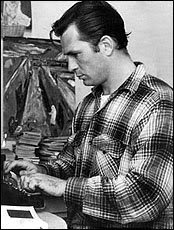 How was everyones typewriter day?  I hope you all enjoyed it as much as I did.  I took my SM9 down to the pool and wrote for a while.  The wife decided to get a tan.  The office for the complex is right looking out to the pool.  I could feel people looking through the window of the door trying to figure me out.  I should have made a sign "Happy Typewriter Day" and stood it up on the table where the umbrella sits.  Then they wouldn't look so concerned.
I had yesterday off and when it got to hot being under the Texas sun I went inside to continue.  I wrote for probably another four hours.  The Selectric is running like a dream.  I had to replace the ribbon, I always keep a spare ; )  Well I hope all of you had a wonderful day!
Posted by James Watterson at 10:32 AM 6 comments: 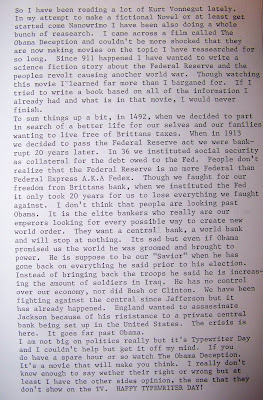 Want to see the other side. The side TV doesn't show us?
The Obama Deception
If you have a chance watch it.
But you have to take it with a grain of salt
Posted by James Watterson at 7:18 PM No comments: 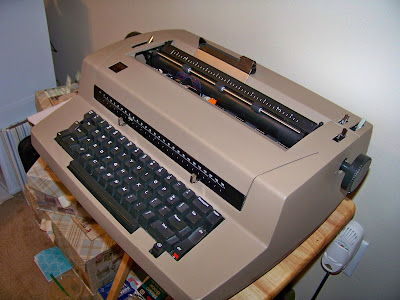 Ok, I have been working on my selectric a lot lately. It has had this ticking noise that was driving me up a tree Not just that but I knew it couldn't be good to just leave it like that. I was talking with a few people on Golfballtypewritershop and they told me it was almost defiantly a bushing. They were dead on! Steve who lives in New Zealand said that he would send me 20 bushings free of cost. He told me to take a few for myself and send the rest to someone who needs one. They than can send them on to the next person and so on. If everything goes to plan 10 people should have replacement bushings at just the cost of postage. Thank you Steve! 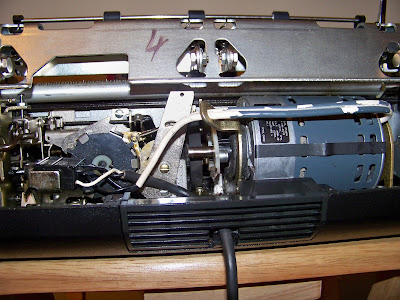 I just got done taking Zing, my selectric apart. She is running as good as new. I am sorry Mike I could not write my fingers off tonight. I was thinking about it but a friend in need comes first. Plus I figured if I get my selectric in perfect working order it would be the best typewriter day present to myself ever!! There will be plenty of writing tomorrow as well, maybe even in public (wink, wink). 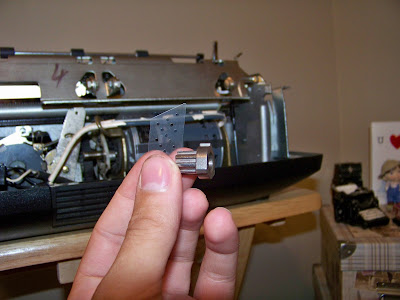 If anyone has a selectric that ticks or is in need of a bushing let me know. It is very easy to replace. If I had not replaced mine when I did I would have had to take it in for repairs. The bushing was gone, there was none, melted away. That means every time I sat at my typewriter for two plus hours I was making poor Zing suffer. Not any more! She's in tip top shape now. Just waiting to be used for hours on end.
More Pictures at Golfballtypewritershop Photos
(Check out some of the pics taken during replacement)
No membership? Here are the Photos on Flickr
(Enjoy)
Video Of Fixed Selectric III on Youtube
(The final product, Whisper Quiet)
Posted by James Watterson at 9:56 PM 6 comments: 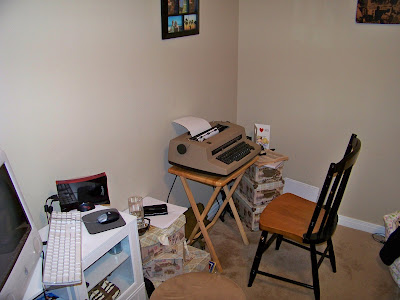 Looks dangerous but its actually pretty sturdy.
(Duffy, its possible)
Alright I had no choice.  There is just not enough room for anything besides a typewriter stand or something equivalent.  My wife has the boxes filled with her stuff on each side and right behind the chair is the foot of the bed.  I am still on a hunt for one but in the mean time I found a little dinner table thing.  It works for now.  It was only 8 bucks at Walmart and I figured if it will help me for now then it's worth it.  It actually holds a Selectric just fine.  Its got a a pretty thick piece of wood on top and can support what I need so it's good.  Even using my SM9 and returning the carriage doesn't wobble it to much.  I am checking craigslist all the time and hopefully something will come up.
I have been going on JuST Write and kind of switch it up hear and there.  I do find though lately I am making more and more excuses of things I need to do before I can sit down and write.  I got a bunch of books at the library and have been trying to balance everything out.  I rarely watch tv so it's really a dispute between writing, reading and going on the computer and everything else.  I feel as though I have a time limit on the books, I keep telling my self if I need more time I can just check them out again.  Does anyone have Fowlers modern english usage next to their work place?  I need to get that book. 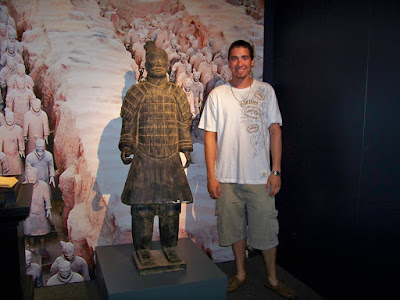 Thats the only one allowed to have your pic taken with.
The real ones are much bigger and taller.  Life Size
Yesterday I went to the Houston Museum Of Natural Science.  It was awesome.  We went and saw the Terra Cotta Warriors.  They were amazing, such detail went in to each soldier.  It really made me think of how at any time something could happen to us and what would be rediscovered thousands of years later.  I bet it wouldn't be as amazing as the Terra Cotta Warriors though. 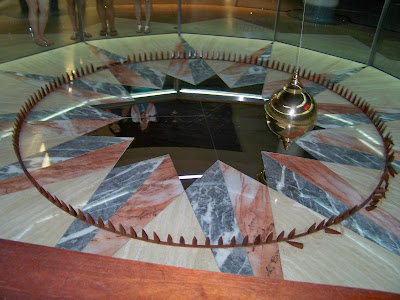 Also don't you all wish you could have a clock this big?  It isn't mechanical but it certainly isn't run by some microchip.  This thing was big.  If only I knew how to tell time on it.
Posted by James Watterson at 12:08 PM 4 comments: 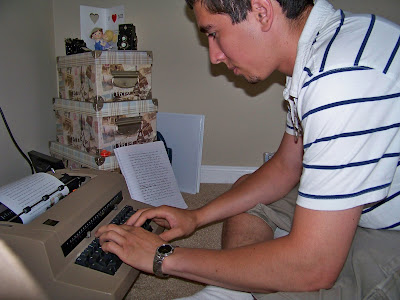 I have been trying to keep up with Mike and the JuST WriMo here but my lack of desk is killing me. I have been still able to keep up my word count. Yesterday I needed a day to re-coop though. It drives me crazy sometimes knowing what you want to write in your head but fear the actual starting where you left off. Usually to overcome that I leave off at a part where I know I can pick right back up. Sometimes mid sentence. That way I have an easier time getting started again the next day. It leaves me with time to think and inspiration to keep chugging along. There is usually less of a chance for writers block the next day as well. I just now need to figure out the desk/table situation. After moving across the country I am left with little to no money and desk-less. I am wondering if a Walmart has a little Tv dinner table or something like that for cheap. My poor SM9 is hiding under the bed right now wondering what is going on. Fortunately the height of the Selectrics keys are just right. But because of it the SM9 has seen less use lately. Its keys are lower and I feel after ten minutes of writing like my wrist is going to fall off. But either way I look at it is a painful process. Sitting on the floor for a prolong period of times does a number on your hips. I am young and can handle it but damn. I should probably get back to work. No more slackin and seeing if there are any blog updates. I have almost 25 pages to my left of this story and need to make that pile a little bigger. What do ya say
Posted by James Watterson at 1:02 PM 5 comments: 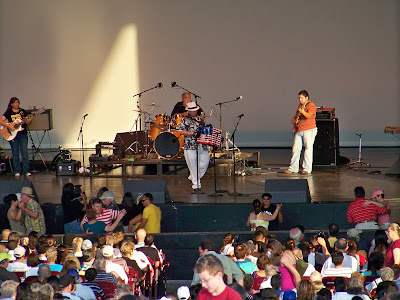 Yesterday I went to the 20th annual Accordion kings and queens. It was pretty cool actually. It was an outdoor picnic while they played. There were some really good musicians that really could play the squeeze box. I am italian so I can remember my Nono (grandfather) playing all the time. It was amazing to see and hear all of these pro accordion players really rock out. I caught a quick video that came out half way decent. Unfortunately it's the end of one of the contestants playing. Some of the other videos weren't really worth putting up. But it gives you a good idea of what it was like. I brought my notebook and got some good writing done after we ate. It was quite the scene. Check it out. The Big Squeeze 2009
Posted by James Watterson at 1:07 PM No comments:

Chuging away all day trying to get a good start on Mikes JuST Write. I seem to have a good idea of where I want to go with this story. I have noticed yesterday that they had closed the pool for our apartments. I can't believe it!! It's so nice to go down and get some good work done. There is a small rock waterfall. I just love having the background noise of rolling water. I seem to always have some kind of background noise. Especially when writing. I either have some kind of soft music going, the slight noise from the ceiling fan or the ticking of a clock. It all seems to keep me in both worlds. I am able to go into the characters world and feel like when I do finally come back to reality its the sound of the background noise that makes me keeps me relaxed and able to fall back and forth. Well I guess back to work before its time to hit the hay.
Posted by James Watterson at 9:46 PM 1 comment:

James Watterson
Macintosh, Typewriter, Retro Tech Lover!! I love reading and writing. My typewriters really help me write. I feel after being on the computer for hours I could never get real writing done. I love listening to music and riding my bike for exercise. I plan to do Nanowrimo this year as well.